It’s already started the Lucas Oil Pro Motocross championship. First round Hangtown where our two riders on 450 class have asserted themselves.

For both Caleb Tennant #444 and Mathias Jorgensen #221 was the first AMA National race of the career and they did they’re best on the extreme condition of Hangtown.

Tennant #444 after a bad start in Moto 1 came back to a 26th position, more unlucky in Moto 2 where rain and mud made even toughter the condition of the track. Almost at the end of the race from his safe 24th position he got pulled out from Justin Barcia with no reason, finishing his race in 31° position overall.

Also Jorgensen #221 didn’t get a good star in Moto 1 but he’s been able to come back and finish in 25th place. In Moto 2 he bent the gear lever at the first lap and ran throughout the race only in third gear and in a poor track conditions he managed to finish the race in 20th place which allowed him to get his first point in an outdoor race in the AMA championship. 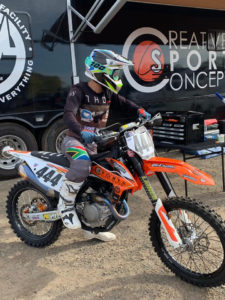 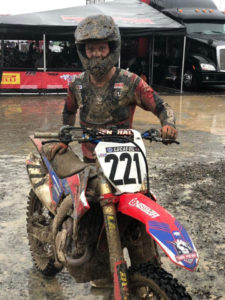